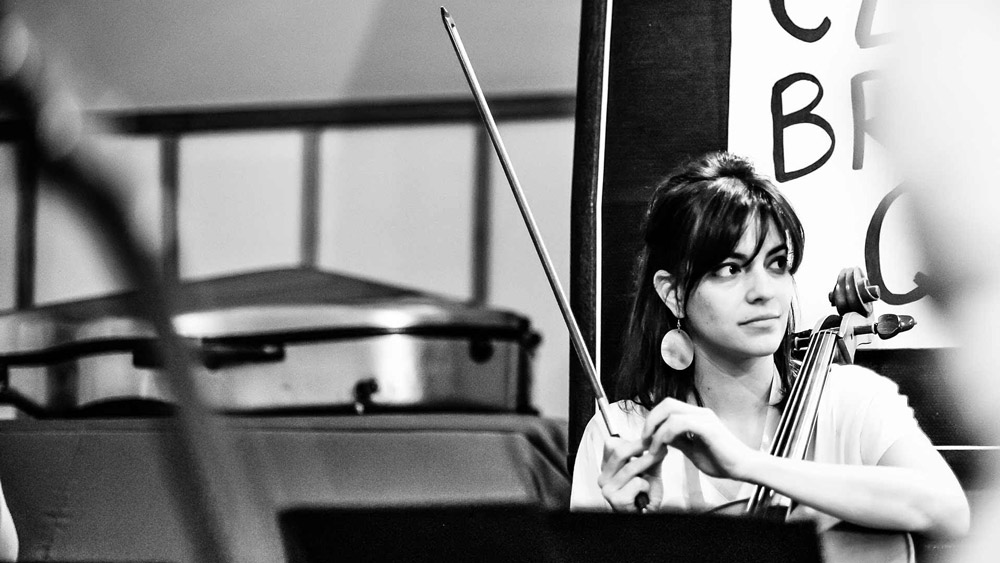 Federica Vecchio, starts her musical training when she is 9 years old studying the Piano. Her need to identify herself with an instrument integral part of an orchestra, led her to the choice of the Cello.

After having studied for 4 years at the Saint Cecilia Conservatory under the guidance of Maestro M. Damiani, she obtains her Diploma in September 2007 in the city of Perugia.

Shortly after, she goes to Ireland for lessons under an hungarian Maestro, Ferenc Szucs, who thanks to him, she frequents a year of Master Courses at the Limerick Uniiversity, in classical string performances .

She studies for a Master with Maestro B. Giuranna for a yea and, at the same time, perfectioning the technique of her instrument. Thanks to this experience the activity of her quartet in concerts and exhibitions in Europe is enhanced.

From 2003 to 2008 , she collaborates with the “Simphonica Nova Arts Orchestra” directed by Maestro Marco Frisina , performing in important Events for the Vatican.

From 2004 to 2006 at the ”delle Muse Theatre” of Roma, she performs as soloist in rappresentation of Neapolitan Popular Music.

With her musical Rock and Folk group, she performs in important Theatres such as the “Teatro Marcello” in Villa Torlonia at rome.

In 2006 she goes to Dubai (Arab Emirates) with the “Evento Musica” quartet.

In 2007 she takes part of the official presentation of the Papal Orchestra in Berlin, directed by Maestro M. Frisina.

Furthermore, she takes part as soloist in a Recital of Dance and Prose, organized by the Cultural Centre “ Astor Piazzolla” , Roma School of Dance .

She regularly collaborates with the “Instrument Ensemble” of Rome, an Orchestra directed by Maestro Daniele Marcelli, together they performed for various events, such as ” Musical Mornings” at the Greco Theatre in Rome.

With the new “Orchestra Italiana del Cinema”, she took part of the presentation to the public in Campidoglio Square in Rome, also recording with the same, at the Forum Studios in Rome,Music for T.V. Films and soundtracks for new films under the direction of Maestro D. Berardinelli.

For the last 2 years she has collaborated with the Comic-Musical Duo “Dosto and Yensky” ,participating in the new Theatrical Show “Movie Comix”, “Allegro con Trio” and “Sinfollia”.

In the meantime, she had taken part of various theatral events.

She is also part of a quartet of only cellos, and these 2 ensembles are very active in Italy.

Recently she took part of a group of 8 cellos for the “Filarmonic Academy” of Rome at the Brazilian Embassy with the “Bachianas”by Villa Lobos”.